An Amitabha-Reciting Parrot Is Reborn, Its Tongue Intact After Cremation

In 1987, a parrot was taken to Baotou in Inner Mongolia from Leshan, Sichuan Province. It failed to mimic human speech, as parrots normally do. Worse, it was wild and difficult to domesticate, often pecking people with its beak. This “unpopular” bird was eventually given to Householder Wang (this writer’s mother-in-law). Its new owner and her family were devout Buddhists who were especially compassionate towards small animals. They had adopted a number of injured and abandoned animals including cats, dogs, goats and doves.

After joining the Wangs, the parrot was immersed in Buddhist music and chanting, such as the “Five Ways of Intoning Amitabha” and “Sacred Name of Bodhisattva Guanyin [Avalokitesvara],” played on a tape recorder every day. Several months later, besides becoming more gentle, the dumb parrot began to recite the name of Amitabha Buddha! It chanted phrases such as “Namo Amituofo,” “Amituofo,” “Fo Fo Fo [Buddha Buddha Buddha],” “Namo Bodhisattva Guanyin” and “Guanyin-Fo.” The recitations sounded clear and sweet. Sometimes, the chanting was even interspersed with remarks of encouragement: “Hurry and recite,” “Big Brother is reciting [the bird was nicknamed Big Brother]” and “Let’s recite.”

Every morning and evening, the parrot recited along with its owner. Whenever someone was chanting a sutra or reciting Amitabha’s name before the altar, it always followed suit. It could even tell when people were reciting silently. It would keep reciting until its owner stopped. Curiously, the parrot could not be taught to say anything but Amitabha’s name.

Householder Wang held gatherings in her house for fellow practitioners, who would exchange greetings such as “Hello” and “Please take a seat.” However, the bird never imitated such phrases. Instead, it just replied with “Go recite Amitabha’s name” or “Namo Amituofo.”

One day in May 1988, after a fright, the parrot suddenly stopped eating and kept excreting waste. Next day, the bird was dying but “Namo Amituofo” still came from its throat when its owner was reciting Amitabha’s name. After it died the carcass remained pliant and its feathers verdant, as though it were alive. Householder Wang’s family recited on its behalf for twelve hours.

The cremation ceremony, sacred and solemn, was hosted by Dharma Master Nengcheng from Mt. Wutai and attended by more than 110 lay practitioners. After the ritual, they collected the parrot’s complete and intact tongue, more than 20 reddish-white relic flowers and dozens of relics.

Coincidentally, the remarkable rebirth in the Tang Dynasty of another parrot through Amitabha-recitation had been recorded by Master Lianchi of the Ming Dynasty. The account can be found in the second fascicle of his Collection on Rebirth, titled “The Rebirth of Animals in the Pure Land.” During the Tang’s Zhengyuan era, a Pei family in Hedong kept a parrot. It regularly recited Amitabha’s name and did not take food after midday. As death approached it uttered ten recitations before expiring. More than ten shining relics were found after it was cremated. A monk named Huiguan built a terra cotta pagoda to commemorate the rare event. Yin Weigao, a native of Chengdu, said of the parrot in a written account: “Having realizing emptiness amid mental clarity, it left relics after death.”

Similar incidents were recorded in the Chronicle of Master Xuyun, which Pure Land practitioners find very touching. Throughout the ages, there have been repeated instances of animals gaining rebirth. They show that Amitabha-recitation is an unsurpassed practice that can be performed by all sentient beings, regardless of capability, and bring them real benefits. 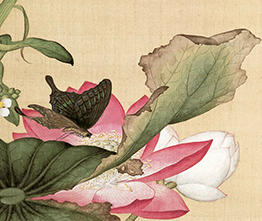