One day in 1986, I called upon Householder Lai at his home in Taipei. During our conversation he mentioned that the recitation beads of a Dharma master he knew possessed a particular power.

I long knew that Householder Lai had attained certain special powers. In order to test him, I handed him a string of beads I had on my wrist. “What about this?” I asked.

He took the beads and said, “There’s nothing special about them.” Actually, this string normally was just left on the table, without being used. I only picked it up for temporary use on this outing and hung it on my wrist.

Then I took from my pocket the 108-bead string that I normally use for Amitabha-recitation and gave it to him. “What about this one?” I asked. As soon as he touched it, Householder Lai responded, “Ah, yes! This one is powerful indeed.” 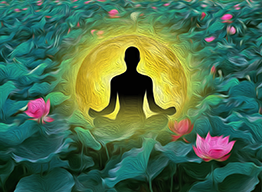